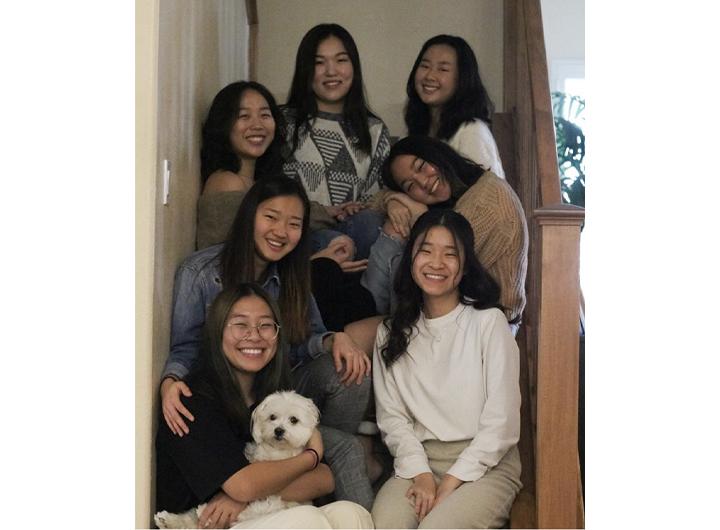 Spending time with Korean natives made me realize how much my family held onto South Korean culture while living in the United States. Studying in this country has allowed me to realize how people see my Korean American identity and how I see my own cross-cultural heritage.

While at a persimmon farm during my trip to Busan, I met Mr. Hwang, a Korean native, and had the opportunity to share my story with him. After sharing our stories with each other, Mr. Hwang said, “진짜 한국사람이네,” which translates to “You truly are a Korean.”

Multiple Korean natives also said this to me after they heard about the Korean food I ate at home, the Korean sayings I grew up hearing and other cultural practices such as levels of respect and making Kimchi at home.

These interactions made me realize how much my parents raised me in the Korean culture.

After spending time with my housemate Nako Kurosawa, a Japanese exchange student who has lived in Korea for two years, she said she noticed my American culture through my expressive reactions, westernized way of eating certain foods with a fork and gestures such as fist bumps. With a smile, she said, “진짜 미국 사람 같아,” which translates to “You really seem like an American.” It was intriguing to hear people comment on how Korean or American I seemed.

Living in South Korea made me realize that while Korean practices deeply influence families like mine, Western culture also heavily impacts South Koreans.

For example, English is one of the five subjects on the national College Scholastic Ability Test, a South Korean standardized test that is relatively similar to the SAT or ACT in America.

Yoobin Son, a Korean native and sophomore at Yonsei University, said it’s becoming a common practice to send children to English-speaking preschools to start learning at an early age. She said English has become a necessary language for students who wish to attend college in South Korea.

Over a million Korean Americans have experienced the journey of immigrating from Korea to the United States, according to the Migration Policy Institute. Some began to form clustered communities, colloquially known as the Korean bubble, where the shared culture provides a sense of acceptance and comfort.

Social media sites, such as Subtle Korean Traits, have become increasingly popular, providing a space for Korean Americans to share cultural struggles through memes and other forms of humor.

Korean culture is increasingly shared through social media and digital technology. Comedian Joon Lee is famous for posting relatable content regarding the experiences of a Korean American with a typical Korean mom. Upcoming movies such as Minari will also reveal the experiences of first-generation families who immigrated from South Korea to America.

Whether it is through music or food, South Korea and America exchange cultures every day, and my Korean American pride grows stronger whenever I learn more about the bond between the two nations.

Although the American culture nurtured my values and ideals, my parents and community raised me in the Korean culture. Before I came to Korea, I used to consider myself half Korean and half American, but traveling to this country for the first time in over a decade has made me question which one I am more.

By living and interacting with Koreans in this country after 19 years of living in America, I realized it is possible to be fully both. As a Korean American, I hope the friendship between the two countries remains strong and supportive.