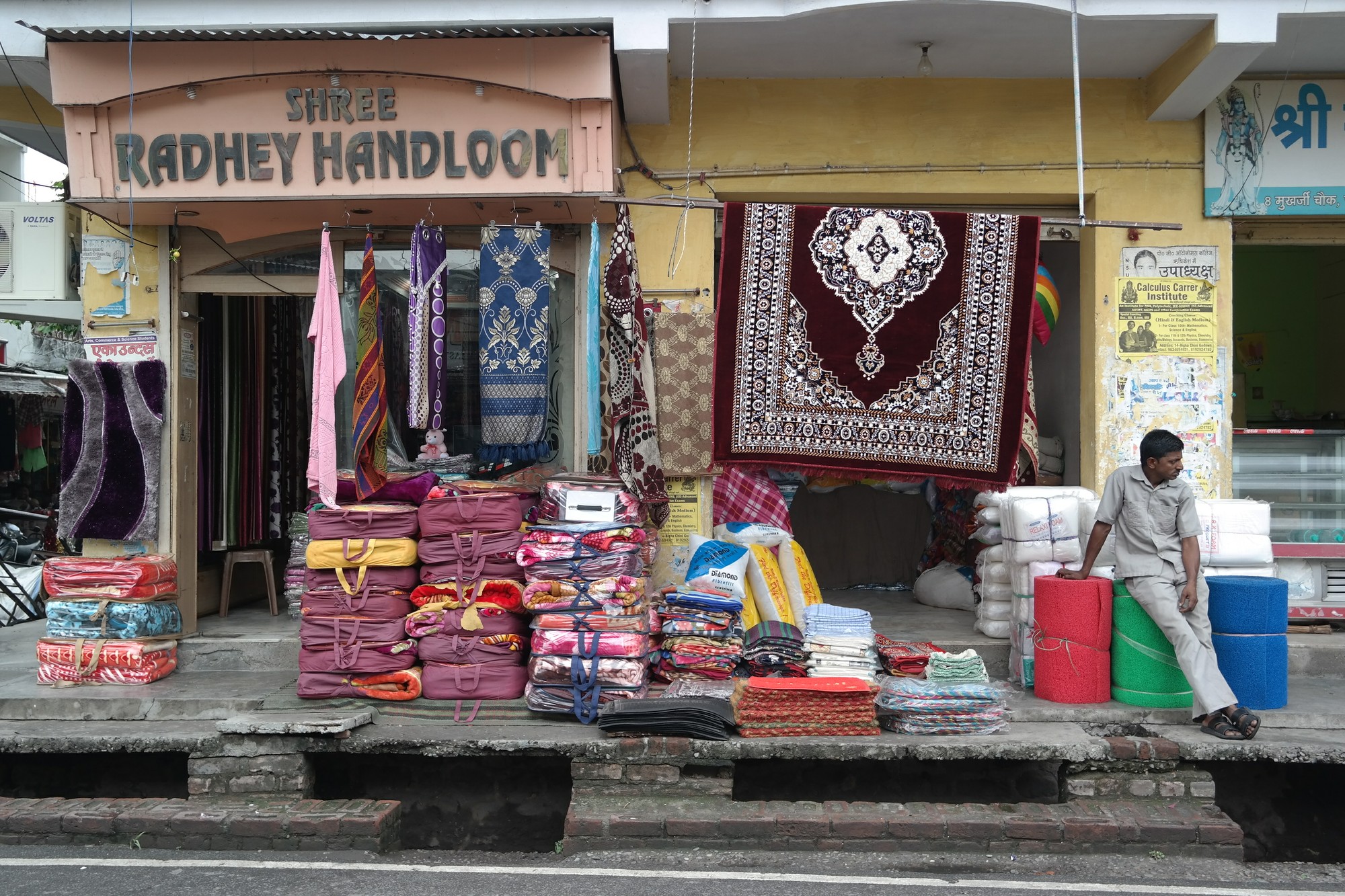 I struggled to breathe as I attempted to walk through the thick, humid air. My heart was racing as I darted quickly along the dirt roads, dodging trash, cow manure and the monkeys that gazed down at me from the brick walls lining my trail. I carried a torn plastic bag filled with fresh mangoes and bananas.

A little barefoot boy — maybe 4 years old — ran ahead of me and shouted something in Hindi to his brothers and sisters standing beneath a mango tree a few yards ahead. As he raced up to the tree, his older brother climbed up its side and dropped him a mango. The little boy excitedly caught it and handed it to his sister, who placed it carefully on top of the pile of already picked mangoes. 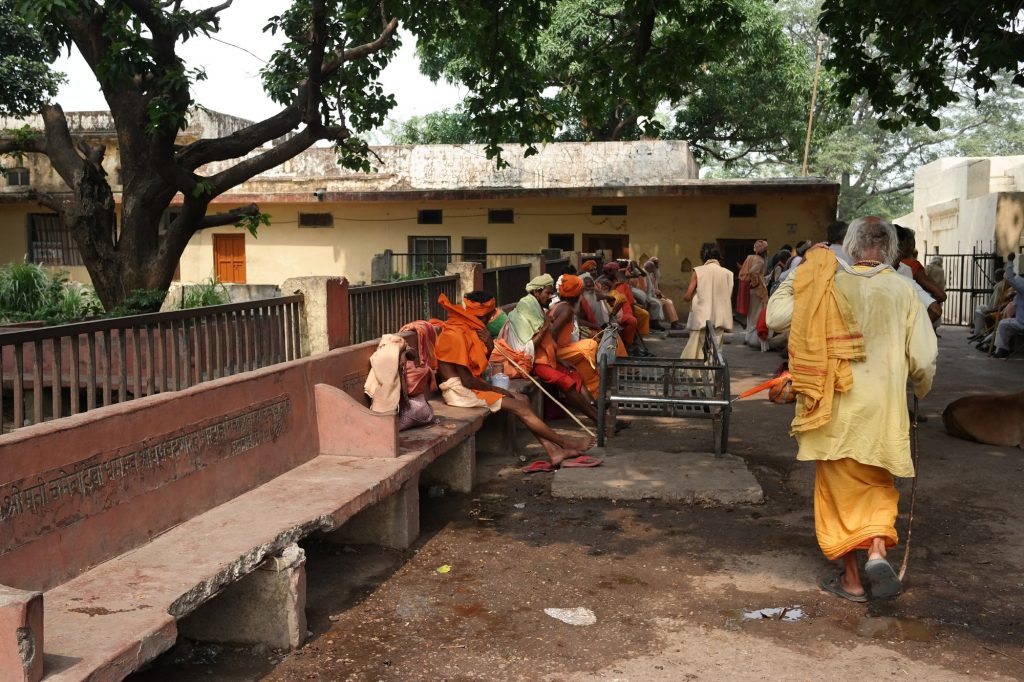 The children laughed, skipped and played as they piled their mangoes. I was sure that they would not eat a single one of them. They would probably run around the following day and try to sell them to passersby on the busy road outside the village. I smiled and waved at the children as I continued on a bit further to my favorite Ayurveda restaurant for some afternoon chai.

Ayurveda is a traditional and holistic diet rooted in ancient Indian philosophy. I found a quaint little Ayurvedic restaurant in Vill Jounk Swargashram, a village located in the foothills of the Himalayas in India. I called Vill Jounk home for six weeks while I studied at Rishikesh Yog Peeth, a school that my yoga instructor in Malibu recommended, where I learned the ancient and traditional Hatha yoga practice to become a certified yoga instructor. 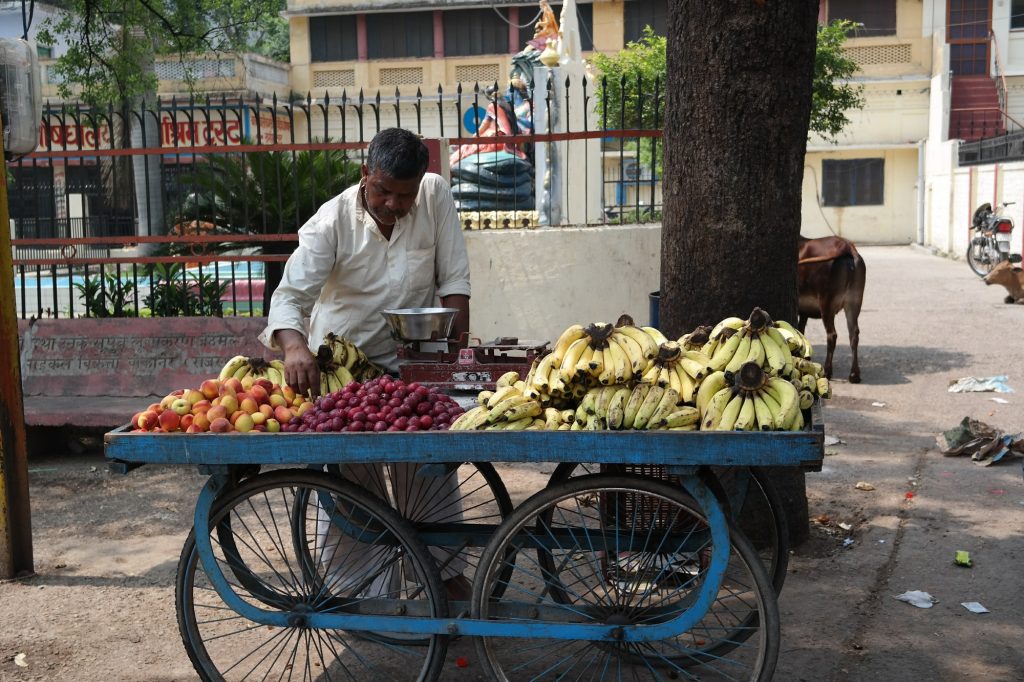 I entered the restaurant, ordered a masala chai and found a comfortable cushion on the floor. The air was filled with the distinct smell of cow manure, which mixed with the chai and curry-filled aroma from where I sat.

Despite the spinning fan overhead, I felt the heat and humidity of India’s summer climate. As I wiped away beads of sweat that formed on my forehead, I swatted away about five flies. But that was nothing. Flies were everywhere, constantly swarming, landing and crawling all over everything. I learned to get used to this just like I learned to get used to other unique aspects of my time in India.

After more than five weeks of walking through the streets, I was no longer shocked to see men peeing on the side of the road. I no longer attempted to pick up every piece of trash, as I had already seen the endless heaps of trash that seemed to fill the gutters and clutter most open spaces. Coca-Cola bottles and cans, candy wrappers, old corn cobs and tissues littered every street corner. 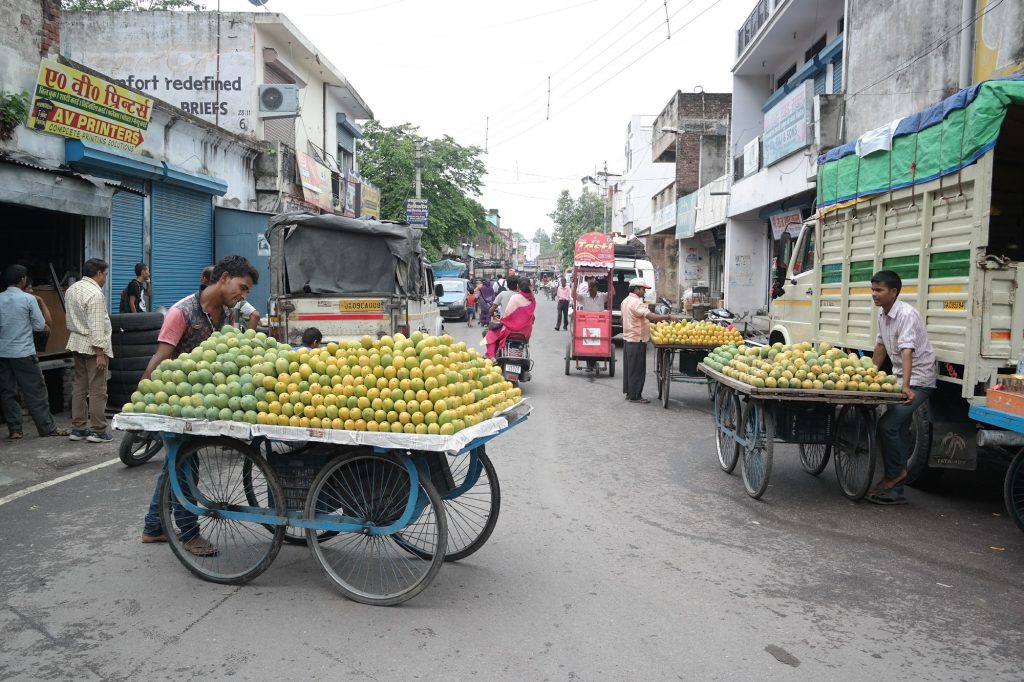 When I walked through the village, I often saw children running about barefoot and asking foreigners for rupees as their mothers attempted to sell bracelets and trinkets. For some families, it is seen as a symbol of good luck for a child to be photographed with a foreigner. Because of this, families often stopped me during my afternoon stroll, handed me their baby and quickly snapped a photo of me with their precious child.

I remember one older woman I saw regularly as she squatted and burned freshly mulled corn over a small open flame. She had hazy, silver eyes and a beautiful complexion. She pursed her lips as she worked in the hot summer heat. Though we never spoke to each other in words due to obvious language barriers, our eyes would always meet for an instant. She knew me just as I knew her; we both came from different worlds, but our own human experience connected us somehow. 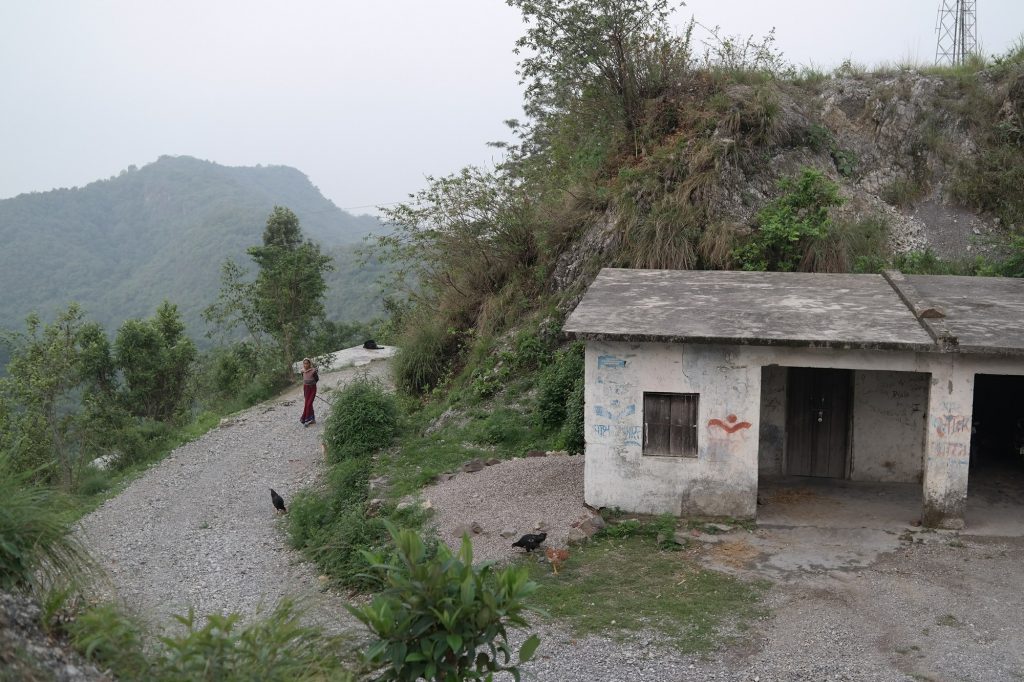 I will never forget my encounter with India, the country that pushed me outside of my comfort zone and gave me insight on diverse human experiences. In the region where I lived, many people lived without luxuries we consider necessities, such as clean water, air conditioning, washing machines, cell phones, Internet access and superstores. Despite this, I found something far more valuable in India: genuine happiness and intimate, supportive communities.

I will never forget the friendly voices of the villagers who whispered “namaste” as I walked past them on the street. I will always feel a rush of gratitude when I reflect upon the cows, monkeys, delicious mangoes, childish smiles and the humble communities, all which fuse together and form the very real, raw India that I came to know and love.