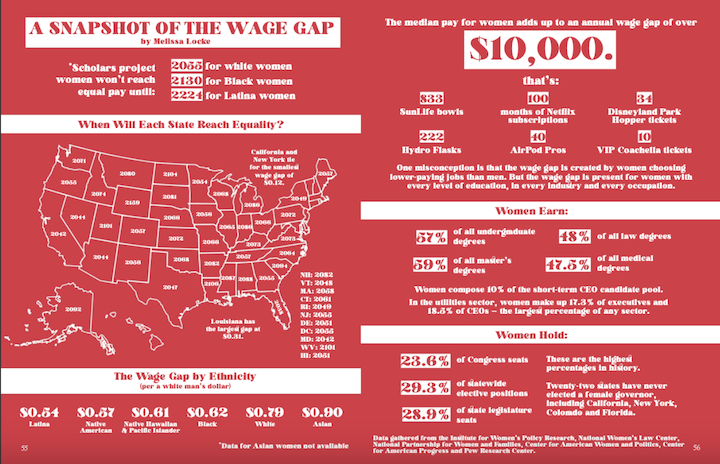 Scholars project women won’t reach pay equality until 2055 for white women, 2130 for Black women and 2224 for Hispanic women. This data for Asian women was unavailable. Each state has its own predicted timeline, with Florida being the first state predicted to close the gap in 2038 and Wyoming being the last in 2159. Some states will take less time to reach equal pay and some much longer.

One misconception is that the wage gap is created by women choosing lower-paying jobs than men. But the wage gap is present for women with every level of education, in every industry and every occupation.

These are the highest percentages in history.