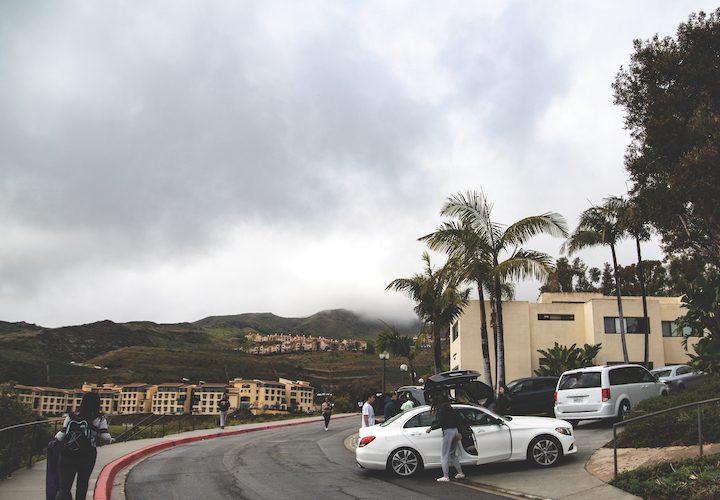 Students pack up their dorms and head home indefinitely as Pepperdine announces remote classes due to the COVID-19 outbreak.

Pepperdine’s decision March 11 to cancel in-person instruction and move students off campus came in an email from University President Jim Gash. Although the email bears his name, Gash said it was a team of university leaders who made the decision to move to remote classes.

The Emergency Operations Committee (EOC) and its Infectious Disease Task Force had monitored the spread of COVID-19 and concluded that remote classes were an appropriate response. Pepperdine’s Chief Operating Officers Gary Hanson and Phil Phillips serve as the co-chairs for the EOC.

“During times of emergency, we convene this committee, which is made up of all the senior leaders of the university so that the whole university is represented in one space,” Phillips said. “You want to all be in one place so you’re getting all the information that is relevant.”

Gash meets with the EOC as one of its members. Phillips said when important decisions need to be made during an emergency, the EOC and Gash have the final say.

“We work to a consensus,” Phillips said. “If someone’s got a concern about a direction we’re going, we try to work through it as a group. [Gash] wants to hear what other people are saying, but of course we put a lot of weight on what he wants. It’s ultimately his responsibility.”

When the EOC comes to a decision, there is no formal vote. Phillips said the committee addresses all the concerns presented by its members until they reach a consensus on the best course of action.

The topic of how long to conduct remote classes came up a lot in the EOC’s COVID-19 meetings. Some schools, like the University of Texas at Austin and UC Berkeley, expected students to return to campus after two or three weeks.

On March 15, UT Austin extended their March 16-21 spring break to March 30, and on March 10, UC Berkeley suspended in-person classes until March 29. Both schools have since gone to remote instruction for the remainder of the semester.

Phillips said the logistics of making students leave campus for a few weeks and then come back did not make sense for Pepperdine.

“Imagine if we do that, and the students leave all of their stuff in the dorms, and we say, ‘You’re going to come back to us,’ but you can’t,” Phillips said. “They might not be able to get back here, or you have to buy another airfare to get back here.”

Phillips also said the EOC deliberated a lot over when to begin online instruction.

“We came to a decision [that this is] the right thing to do because we don’t have a crisis on campus,” Phillips said. “We think it’s important that we act before [there is a crisis].”

The EOC’s desire to act before a coronavirus outbreak had a chance to occur on campus contrasted with Philip’s description of the importance of in-person education.

“It’s not something we want to just give up without some real good reason to,” Phillips said. “If we wait until someone in the campus community gets infected and then we do it, it’s super rushed.”

The decision to move students off campus aligns with what Phillips said was the EOC’s goal: to have as few people on campus as possible. Pepperdine’s restrictions on visitors to campus, announced in a March 12 email from the Public Relations Office, lasts through March 31 and reflects the goal of limiting the campus’ population.

“The whole idea is to reduce the density and have as few people here as possible so that we can get the benefits of that and help curb the spread of the virus,” Phillips said. “The more people who want to be here, then the less we get that benefit.”

The EOC will now turn most of its attention to the summer abroad programs that are expected to happen as originally scheduled. Phillips said the EOC has already talked a lot about the programs, but the only one of which they came to a decision was Shanghai, canceled Feb. 17.

“We won’t make one decision for all of [the programs] at the same time because we want to wait as long as we can to see if things get better,” Phillips said. “Our hope is to have it, obviously. Until we see [the trend of cases] really flatten out, it’s going to be hard to make future plans.”

In a March 13, email to IP summer students, International Programs Executive Director Beth M. Laux wrote that they plan to make decisions about each summer program by April 1. 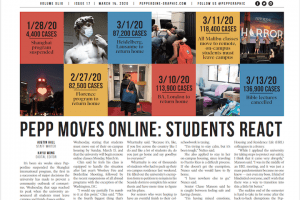