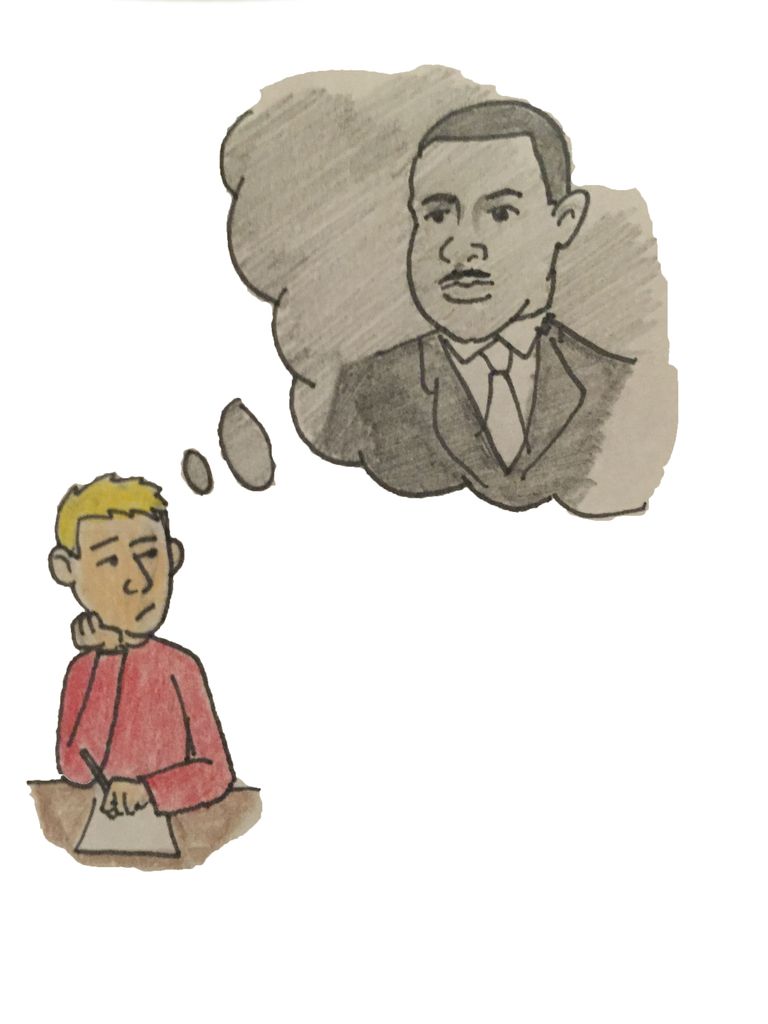 It’s been about 48 years since you’ve gone, and the world is a much different place than you left it. We’ve moved forward, no doubt, but in all honesty, I am not content.

There is much more to be done. Racially charged crimes are still prevalent, as exemplified by occurrences like the church shooting in Charleston, in which a young white man sat praying in a church among a group of African-Americans he would massacre just minutes later. There are countless young Black men and women handled with unnecessary force, often deadly, by people put in place to protect them. Even students at a university like Pepperdine, many of whom are cultured and diverse, have fallen short, as shown by a recent Yik Yak issue, during which various students anonymously wrote disturbing, racist comments.

When I pause and look back at American history, I see how tremendously far we’ve come from our origins. Yet, somehow, I am still restless and uncomfortable watching the world in which I currently exist. Intolerance and hateful ignorance, it seems, are around every corner. Our politicians, our citizens, our news all reflect the very thing you strove to overcome.

So yes. We still have much work to do. But I want you to know that the movement you started years ago has expanded, no doubt about it — and for that, I hope you’re proud. Racial issues are among the most discussed in politics today, and I think we’ve reached the point where we’re realizing we’ve finally had enough. Your biggest lessons, ones of peaceful protest and endless love, have carried over into present-day, even amongst the most chaotic and tragic circumstances. The families of the fallen victims of the Charleston shooting responded with forgiveness and prayer for the young man just days after the incident occurred. Pepperdine gathered together behind the minority students who had been attacked in the Yik Yak posts, reminding the cyber-attackers that Pepperdine is a place of love and acceptance for all. Forums and events were scheduled to counter the racism, President Andrew K. Benton addressed the issue personally and Pepperdine students spoke up and out against racism.

I won’t sugarcoat it for you — the United States is not there yet. And I’ll be honest, I’m not entirely positive that the essence of racism will ever completely disappear. But I’m confident that we will only continue to get better.

And while it can be frustrating to feel as though progress is slow, we will remember your words from your “I Have a Dream” speech: “I say to you today, my friends, that in spite of the difficulties and frustrations of the moment, I still have a dream.”

While we sit here, under a government that is in the process of a transformation to fulfill its duties of protecting all American citizens, we will remember your words: “I have a dream that one day this nation will rise up and live out the true meaning of its creed — ‘we hold these truths to be self-evident, that all men are created equal.’”

While I walk through the Pepperdine Caf, witnessing people of all races, ethnicities, religions and cultures sitting amongst each other in camaraderie, I will remember your words: “I have a dream that one day the sons of former slaves and the sons of former slave-owners will be able to sit down together at a table of brotherhood.”

When a friend explains to me that he feels his original ways of thinking are deteriorating as he is challenged to see things differently by the people around him, I will remember your words: “The whirlwinds of revolt will continue to shake the foundations of our nation until the bright day of justice emerges.”

While it’s easy to spit harsh words at those who frustrate us the most with their harmful, intolerant behaviors, we will remember your words: “In the process of gaining our rightful place, we must not be guilty of wrongful deeds,” and will strive to turn the other cheek and continue to move forward in peace.

While we are overwhelmed at the destructive behavior of those who will never know what it’s like to be viewed a certain way because of outward appearance, we will refuse to give up because we will remember your words: “We cannot walk alone. And as we walk, we must make the pledge that we shall march ahead. We cannot turn back.”

We are still fighting for your dream, Dr. King. And we won’t stop.