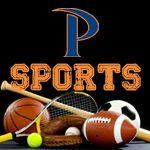 Welcome back for the spring semester. While you’ve hopefully been enjoying the Christmas and holiday season, many of our student-athletes have been hard at work over the break, either in competition or getting ready for their upcoming seasons.

It should be a very exciting semester for Pepperdine Athletics, and that begins tonight. There may be no bigger event this year than this evening’s men’s basketball game against Gonzaga. Marty Wilson, his staff and his student-athletes are off to a remarkable start in West Coast Conference play and have the opportunity to take over first place with a victory over the Bulldogs. It is surely the most important men’s basketball game that’s been played here in Malibu in a long time, and you won’t want to miss it.

Student support is a crucial factor toward the success of our teams. As I’ve noted, there are dozens and dozens of opportunities to make your voice heard. Our student-athletes play in raucous sites around the country and have seen first-hand the power of a loud student section. If you can help contribute to creating the same sort of atmosphere in Firestone Fieldhouse and our other venues, you will play a role in creating a home-court or home-field advantage that will go a long way toward helping our Waves win.

We’re excited about all of our teams. Marv Dunphy’s men’s volleyball team has opened up the season with a No. 3 national ranking and a 2-0 record, including a great victory over the two-time defending NCAA champions, UC Irvine. Our recent double-overtime victory over Santa Clara by Ryan Weisenberg’s women’s basketball team was one of the most exciting games we’ve seen in a while, and he has his young Waves squad working extremely hard toward getting back to prominence in the WCC. Nick Rodionoff’s women’s swimming and diving team has had a very good season up to this point as the Waves get ready for the PCSC Championships in February.

It’s rare if either of our men’s or women’s tennis teams, led by Adam Steinberg and Gualberto Escudero, don’t win the WCC title, and I expect that they’ll be right in the mix of things again this year. There’s no better spot in the country for women’s sand volleyball than Malibu. The Waves, coached by Nina Matthies, won the inaugural AVCA national championship two years ago and should be competing for top honors again this spring. Our baseball team has some very impressive returners and a terrific batch of recruits and Steve Rodriguez believes his squad will compete for a conference title.

Not all of our spring-sport teams are quite as easily supported because they rarely compete locally, but I want to credit their efforts as well. Laurie Gibbs’ women’s golf team heads into the spring season ranked sixth nationally, while the men’s golf squad continues to get better under the leadership of Michael Beard, who is in his first full year. Our track team, led by Robert Radnoti, will surely set more record times, just as they’ve done every year under his watch.

I would be remiss if I did not welcome back Troy Tanner, a Pepperdine Hall of Famer. We announced over the break that he would be taking over as our indoor women’s volleyball head coach. I am very excited about Troy’s return to Pepperdine. He replaces another Hall of Famer, Nina Matthies, who is stepping down to concentrate on the sand program. Both of these volleyball programs are in very good hands.

I wish you the best of luck in your studies this semester, and I hope to see you at one of our upcoming sporting events. 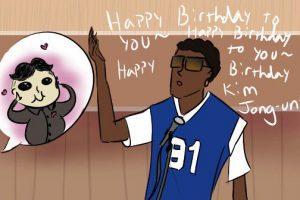 Art by Sacha Irick Doug Christie is one the most notable Waves to grace the hardwood, playing three incredible seasons...
Copyright 2018 Pepperdine Graphic
Back to top