A Day in the Life of an Intern 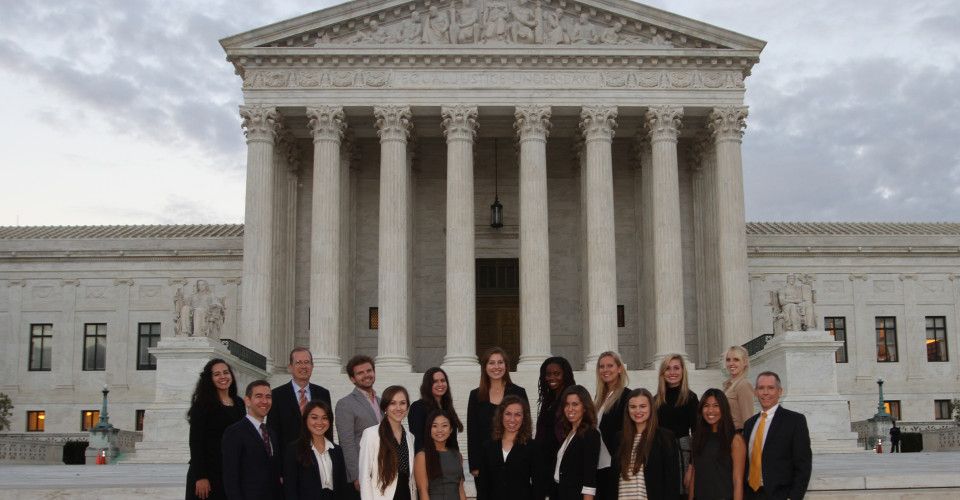 Students of the Washington, D.C. Program learn how to balance both a full-time internship and academic courses. At the end of the fall semester, three of the program’s students provided an inside look into their busy lives.

What are Gordon’s responsibilities in her internship?

Gordon’s responsibilities range from giving U.S. Capitol tours to taking amendments to the Senate floor. As an intern, her job is to be available and willing to do any task the senator needs completed. Most of the time, Gordon answers phone calls from constituents who want a policy explained to them or need to vent about an issue. She also has the responsibility of making visitors feel welcome and responding to their concerns. There are also aspects of her job that are less glamorous, such as watering the plants and filing documents. Gordon said she believes learning to do these ordinary tasks, as well as the important ones, is one of the strengths of the internship experience.

Why did Gordon decide to work for Senator Jerry Moran of Kansas?

Gordon wanted to work for Senator Moran since the moment she was accepted to the Washington, D.C. Internship Program. As a Political Science major, she has studied the congressional and legislative process. Gordon wanted to experience American politics firsthand. She also agrees with most of the Senator’s policy positions and believes he is an honorable man. Gordon said, “I was more than happy to serve him and the people of Kansas.”

What has Gordon learned from this internship? How will that affect her career path?

Gordon said the experience has sharpened her professional skills, such as answering the phone and interacting with business people. She has learned about the legislative process and the inner workings of Congress, making her political science courses applicable to her real-world experience. But through this internship, Gordon has learned a lot about herself. She said, “One of the most important things I have learned is that I really love the political process and helping people navigate it … I think that this has given me an insight into what kind of career I want; I would not be surprised to see myself doing something politically related in the future.”

Gordon opens the office in the mornings. She records the agriculture prices on the office whiteboard. Then, she checks the weather in the major towns in Kansas and records it for the rest of the office.

Gordon is responsible for handling the office’s administrative tasks. She sorts work-related emails, sets up meetings for the Senator’s office, answers phone calls from constituents and scans in the mail.

Since there is so much work to be done, Gordon usually brings lunch to work.

Occasionally, Gordon attends Senate hearings, where she take notes and reports to the Senator’s Legislative Correspondents.

Gordon creates a list of the phone calls received during the day. She creates a detailed records of the calls so that other office workers can easily access the information later.

Gordon leaves the office and prepares for the next day of work.

What are White’s responsibilities in her internship?

In her internship, White’s responsibilities vary each day. She conducts research topics, such as religion, gender and identity, in the Middle East North Africa and Central Asia regions. White works closely with the Institute for Global Engagement’s Center for Women, Faith and Leadership Fellowship program. She has created portfolios and researched networking opportunities for them to attend in the Washington, D.C. area. White has designed various flyers and invitations for IGE events and fundraisers.

Why did White decide to work at The Institute for Global Engagement?

White was attracted to the faith-based background for the Institute for Global Engagement. She said, “I feel that it’s a unique experience when you are able to work with those who have similar faith backgrounds.” White also said she appreciated how kind her supervisor, Kristen, was during the application process.

What has White learned from this internship? How will this affect her career path?

White has learned about practical skills, such as the importance of deadlines, communication and listening. She knows it is all right to ask questions, because it is a part of the learning process. White said, “I am confident that no matter what career I pursue, the lessons and skills that I have obtained will be helpful to me.”

When she arrives at the office, White and her boss review a list of assignments for the week. It takes her a while to get completely settled. She catches up with her co-workers in the morning, as she said they are kind enough to ask her how her week is going.

White’s staff meetings are not only work-related, but also a time for devotional and prayer. Since she works for a nonprofit organization, White is able to pray for her co-workers and discuss her faith.

Usually, White is able to take her lunch break at this time. She has an opportunity to get lunch by herself and relax. Sometimes, White has gotten lunch with her boss and co-workers to enjoy their company. She said there are a lot of options to buy lunch at nearby restaurants.

White goes back to her assignments for the week. She completes her research projects or works on designing graphics for event invitations or fundraisers. Her boss will check in on her and discuss her progress for the day.

White leaves the office once she is finished with her daily assignments. When there is a large workload, she will stay later to finish the work. Since she has class at 7 p.m., White makes sure that she has enough time to eat and prepare for her courses.

Katherine Morse, intern for Bread for the World

Major: International Studies, with a focus in Political Science

What are Morse’s responsibilities in your internship?

As a Church Relations intern, Morse is responsible for assisting and supporting the Church Relations staff. Her assignments vary from day to day, depending on her co-worker’s main projects. The Church Relations department focuses on engaging national church partners to take advocacy actions that will lead toward the goal of ending hunger and poverty. Occasionally, Bread for the World will host student groups to do advocacy work on the Hill. When this happens, Morse sets up each student’s meeting with their senators and House representatives. Morse’s responsibilities are to to keep track of Bread members’ donations, advocacy actions and prayer commitments using their database tool. She is also responsible for preparing Bread for the World’s annual “Bread for the Preacher” lectionaries, which get emailed on a monthly basis.

Why did Morse decide to work at Bread for the World?

Morse said she wanted to work at Bread for the World because of her interest in social justice issues and international development work. She wanted to get a firsthand experience of working for a nonprofit organization. Morse said, “What truly drew me to the organization was its mission statement of ending hunger and poverty both in the U.S. and abroad through public policy change.” Bread for the World is a consistent voice in public policy, and throughout several decades has helped in reducing hunger throughout the U.S.

What has Morse learned from this internship? How will this affect her career path?

Morse said she has learned about the importance of advocacy work. Morse said, “I have been able to tie my faith in with the work that I do and learn about what Christianity has to say about being advocates for those who are in need.” Bread for the World has given her exposure and knowledge into the inner workings of a nonprofit organization.

Morse settles into her office cubicle. Typically, she heads straight to the coffeepot. Then, she eats the breakfast that she has brought. Sometimes, she will chat with co-workers in the kitchen.

Morse reads any emails circulating through the Church Relations staff. Often, there will be some emails from the Government Relations department that outline key legal issues in Congress. These emails will suggest how Bread for the World can influence Congress in these issues.

Every week, Morse attends the office’s Friday morning prayers. A staff member leads the attendees in a brief devotional. Sometimes interns are asked to share and lead a devotional.

On Mondays, Morse meets with her supervisor to receive her assignments. Her assignments are different from day to day, depending on whether any colleagues have smaller projects for her.

Sometimes Morse will bring lunch, but other times, she will buy a sandwich from a local deli shop. Once a week, she will get lunch with another Bread for the World intern who works in the Government Relations department. They discuss the work they are both doing for the week.

On Tuesdays, Morse attends the Church Relations department meeting. She and her co-workers are updated on affairs within the Government Relations and Development departments. Some colleagues share the progress of their various portfolios and how they are engaging and maintaining relations with various church denominations.

4 p.m. – “Bread for the Preacher” Lectionaries

Morse reads various scripture verses that have been assigned to her. She compiles the verses into the “Bread for the Preacher” lectionaries, allowing pastors and ministers to preach each Sunday based on a given theme from Bread for the World.

Morse packs her belongings and says goodbye to her co-workers. She grabs dinner on the way back to the Washington, D.C. Pepperdine campus. Then, she prepares for night class that begins at 7 p.m.

Through the daily schedules of these students, it is clear that being both a full-time student and intern provides you with a busy schedule. However, despite the large amount of school and work-related responsibilities facing these students, they have allowed themselves to prosper during their time in Washington, D.C. All 15 of the program’s students said they have grown both professionally and spiritually this semester. 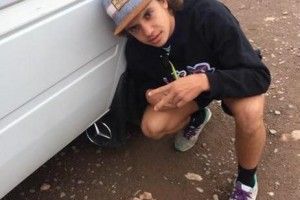