Photo Courtesy of The Malibu Times

Fanned by the Santa Ana winds, the fire lasted from Nov. 3 to Nov. 11, 1993 and torched 359 homes across 18,000 acres. Students and staff were evacuated to Firestone Fieldhouse as the flames blackened main campus. No structural damage was reported by the Malibu Times.

“I remember just finishing class in early November 1993 and walking outside to get a breath of fresh air,” said Professor of Biology Lee Kats. “The smell of smoke was already strong. I was still relatively new to Southern California but I suspected I knew what the distinct odor meant … that a fire had broken out somewhere nearby.”

Hilary Squire (‘96) was a student at the time of the fire, and is now an administrative assistant in the Business division.

“If you believe things happen in threes, the Old Topanga/North Malibu fire was the first of the three,” Squire said. “Then we had the Northridge earthquake in January of ‘94. And then we were hit with the California deluge and everything that had burned in ‘93 turned into mudslides. Needless to say my years at Pepperdine were quite exciting.”

See the statistics below, which are courtesy of the Malibu Times and malibucomplete.com.

“I was in my first semester at Pepperdine as a transfer student living in Crocker Hall. The word quickly spread in our dorm that there was a fire, so many of us went outside and stood on the road in front of the dorms. The sky was gray with smoke but it also had this yellow glow to it. The wind was something else. It was so strong it could almost blow you over. I had to pull my t-shirt up over my nose and mouth just to breathe. I turned around to look at the ridgeline above campus and could see the flames licking up the backside of the mountain. It was very surreal. I probably should have been afraid but I wasn’t. It was actually pretty exciting. One minute we are being told to evacuate to the gym, the next we are being told to stay.” – Hilary Squire (‘96), Business Division Administrative Assistant

Thoughts turn to hunger and homelessness 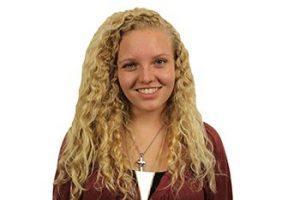