Live from Austria: The hills are alive… 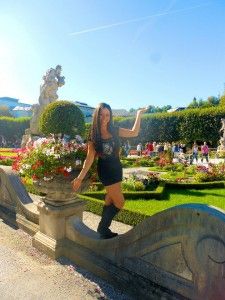 Real gardens used to film the Sound of Music!

Ah, Salzburg, Austria – easily one of the most beautiful places I have ever been. The sprawling colorful gardens, the magnificent river views, the gorgeous green mountains…it’s like the hills are alive or something!

Home of the classic film The Sound of Music, it should come as no surprise that I have never sang and danced in public more than on this trip.

I’m also not sure if I have ever looked more like a tacky tourist in my entire life (and I’ve been to Disney World on July 4th…so I know tacky tourist when I see it). 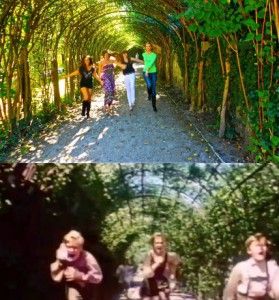 To sum it up in four words, Austria is totally awesome.  We spent a good 16, going on 17 hours running around Salzburg. From the Von Trappe Manor to the Austrian hills, we experienced every site the city had to offer. We skipped on the fountain where the famous family sang 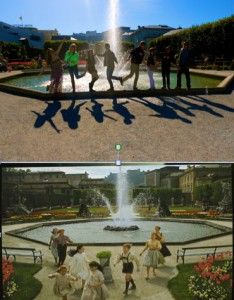 “Do Re Mi”.  We danced in circles like giddy teenagers in the gazebo scene with Liesl and Rolf. We even twirled on the Austrian Hills like Julie Andrews does on the cover of the DVD Movie! (and yes, I did Instagram every single one of these masterful photos)

Basically, my friends and I became the Von Trapp family. (minus the actual talent…)

And, of course, since travelers need energy, we embraced the culture through food. The delicious Austrian fare included tea, which we drank with jam and bread (JAM AND BREAAAD!).  We also met tons of friendly Austrian residents and had a great time struggling to read German street signs with words such as 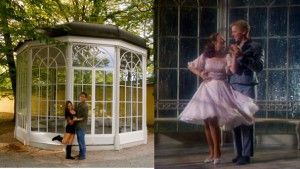 “strugendagflagen” on them (not even kidding…). And, not to be forgotten, we bought multiple brown paper packages tied up with string, because shopping is one of my favorite things!

Our wonderful weekend of singing, dancing (and successfully living up to all American tourist stereotypes) came to an end on Sunday.  And even though we hated to go and leave this pretty site, we had to say, “So long, farewell, auf Weidersehen, goodbyeeeeee. 😉

Updated 6:04 pm (Oct. 25th 2012) One student who saw the accident who wishes to remain anonymous said, “It was a bit spooky...
Copyright 2013 Jupiter Premium Magazine Theme
Back to top