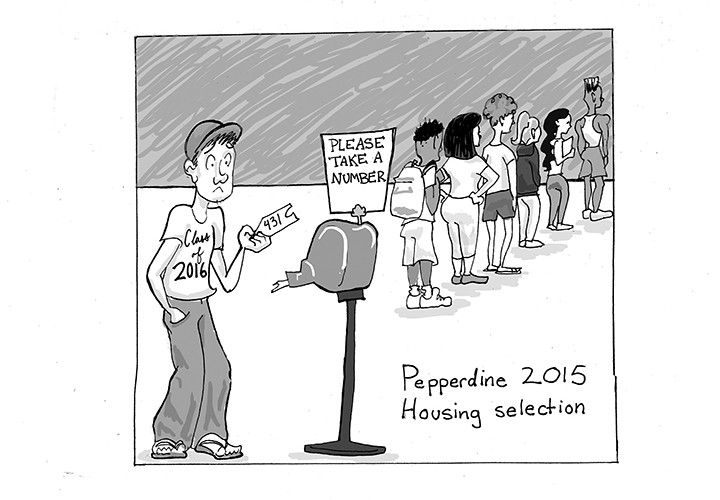 On Wednesday, March 18, I rose with the sun from a restful night’s sleep. And I rose to fight.

I had assembled my weapons ahead of time – my fully-charged laptop sat open on the kitchen table, waiting to be roused from its mechanical slumber.

Growing up during the dawn of the social media age meant that my thumb and index finger had been practicing the high-speed clicking reflexes necessary for this moment for 20 years now. I had a goal (Drescher single-bedroom apartments) and I had a strategy to get there (ruthless war tactics shamelessly fueled by desperation). I was ready.

However, when the clock struck 8 a.m. and it came time to fight, many of my fellow rising seniors and I lost. It wasn’t because we were underprepared or didn’t have the skills necessary to come out victorious; though winning is never guaranteed, our chances of victory had been much higher in past years. But this year, the game’s rules had been changed, and the result was a poorly-designed bloodbath that left hundreds frustrated.

This leads to the golden question we’ve all been asking ourselves for weeks now: Why would HRL suddenly decide to change up the protocol? Our craving for an answer that will satisfy us is left wanting because the answer given doesn’t even make any sense.

During the housing lottery that took place on the morning of March 18, HRL staff members told students that they had noticed that the senior priority system made it very difficult for rising juniors to get on-campus housing — a phenomenon that seemed to them to be unfair.

The principal and costliest mistake made during this year’s housing selection process, and the one that made many students’ blood boil most, was that the class of 2016 didn’t receive priority when it came to choosing on-campus housing. Unlike selection days in previous years, HRL decided to group juniors and seniors together this year for first-round picks on March 18 — a decision that ended up being the first falling domino in a seemingly neverending chain of stressful mishaps.

In fact, if the selection process had been organized according to seniority, practically all of the subsequent issues — chiefly, the crashing of a website clearly incapable of handling more than 500 students at once — could have been avoided. We wouldn’t be upset over the fact that some students did, in fact, get housing that morning despite the failure of the website to function properly for most of the student body. We wouldn’t have reason to question the “randomness” of the lottery numbers we were given later that week.

The problem with this reason for changing the system is that we seem to be forgetting that “unfair” and “frustrating” are two entirely different things. During last year’s housing crisis (which was largely the predictable result of student overpopulation), rising juniors were left incredibly upset and stressed-out when we realized there were hardly any spots left on campus after the grade above us had made their selections. All of a sudden, the then-sophomore class was divided into the “haves” and the “have nots” and many were left to search frantically for last minute off-campus availability.

But the overwhelming stress and feelings of disappointment were made easier to swallow with the knowledge that this was simply the result of a just system run by seniority. Our chances of securing on-campus housing that year were low, but next year, we wouldn’t have to stress so much when it came to figuring out the following year’s living situations. We would get to go first. We would get priority selection. For those looking to spend their senior year at 24255 Pacific Coast Highway, things would be a whole lot easier.

But efforts to make the system more “fair” actually backfired entirely, making it not only an ironic time to be called a “senior,” but also an incredibly unfortunate one. We, as well as classes before us, did our time when it came to only being able to choose whatever was leftover from senior selection. But instead of being on the other side a year later, as had been promised, we ended up getting ripped off. And how is that fair?

I understand HRL’s concern over the hoops rising juniors must jump through in order to get housing, but senior privileges shouldn’t have to suffer in order to fix that. And finding a housing website that can handle half of our school’s population at one time is not the solution to the problem. Rather, Pepperdine should see the events that occurred this year as evidence that a tiered system for housing registration is not only better and more effective, but worth going back to and necessary to stick to from now on. Nothing had to be fixed, because there was never a problem in the first place. 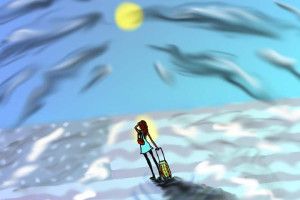 Art by Chris ChenAs an international student from Quito, Ecuador, I have been asked many times “Why? Why would you leave...
Copyright 2013 Jupiter Premium Magazine Theme
Back to top