Homo sapiens in Their Natural Environment 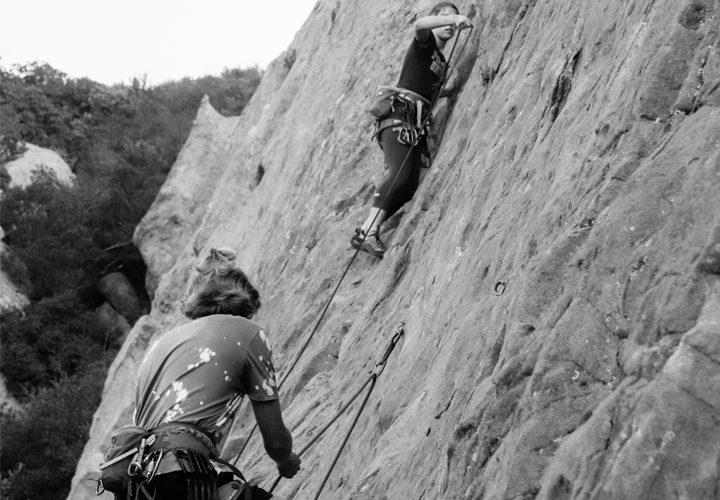 When Homo sapiens walked the great green Earth thousands of years ago, they were not alone.

Early humans evolved to become social creatures — but in a different way from what is practiced today. Together early humans lived in the wilderness and learned to survive. In the digital age where more people live in cities than not, escaping to the great outdoors can be challenging.

“I think being in those groups outdoors in the natural world, as it were, should remind us that we are social creatures, that we come from the soil, that we are part of this planet,” said Chris Doran, religion professor and founder of the sustainability minor.

By interacting with each other in natural environments, people can realize the true beauty that this planet has to offer. Conversely, this may also bring awareness to the mistreatment of the environment.

The Earth’s positive power on humans

When people engage with nature for two hours a week, humans of all walks of life see health benefits, Jim Robbins wrote in a January 2020 360.yale.edu article.

Observing the true beauty of nature can make one realize its true function.

“There are parts [of nature] that just naturally do what they were created to do,” said Amani McCalleb, a senior political science and sociology double major and sustainability minor. “And I think that’s such a beautiful thought and a beautiful sight, especially in a world where we try to have everything fixed or set or control everything.”

To compare the level of attention and focus in different environments, researchers Stephen and Rachel Kaplan coined the Attention Restoration Theory, Robbins wrote. The theory found that people focused in a “less effortful way” and had a broader attention span in nature, as opposed to the concentration people required in stressful, detail-oriented environments.

“Once you remove yourself from an urban or a city life … I think that you have the freedom to breathe and recognize the beauty around you so much more than you do in urban life,” said Scottie Sandlin, a senior rhetoric and leadership major, sustainability minor and Green Team president.

When experiencing nature without distractions, McCalleb said it is beneficial to venture into nature as a group rather than by one’s self.

“I think when people go out into nature they intentionally are more aware with one another,” McCalleb said. “I think there’s a lot to learn in, a lot to grasp, in those types of situations where you can really learn from the people around you.”

Unlike the urbanized world, the unpredictable nature of reality and Mother Nature grounds humans and provides the realization they are not the only pawns in the planet’s game.

“If you hear a bear growl or you see a large spider on the ground, all of a sudden you’re reminded [that] you’re not in a controlled place,” Doran said. “You need to think more carefully about how you are a part of a bigger whole.”

McCalleb, who hails from Chicago, was unaware of the true beauty of untouched land until she stepped onto the Pepperdine campus.

“To see all of these natural landscapes, … it makes you take a step back to realize like, ‘Wow. We live on this huge planet, and in our entire lives we probably won’t be able to see every part of it,'” McCalleb said.

By recognizing that humans are not the only important aspect to life on Earth, it allows humans to be cognizant of their role in the environment.

“Ultimately, I think being out in the natural world, being out away from things that are made by human hands, helps us to remember how small we are compared to the rest of the planet,” Doran said. “And that can drive us to be more humble people if we let it.”

Although it is beneficial to spend time in nature, there are instances where humans have overstepped their bounds, causing damage to the planet.

To combat climate change and preserve the land, some humans are trying to reverse the harm they caused to their planet by educating themselves.

“I think we tend to look at the environment as something that owes us something,” McCalleb said.

Personally experiencing and viewing the devastation humans ushered to the land is important in bringing awareness to these issues, Doran said.

“We’re finding out … our national parks and some of our places that we thought were untouched by human hands are being far more devastated by climate change and other impacts of human modernization than we would have expected,” Doran said.

Lizzi Nickerson, a clean energy associate for Environment California, said the organization aims at protecting open spaces and keeping the air and water clean for all to enjoy. While an undergrad at University of California, Berkeley, the recent alumna played a part in committing the school to 100% clean energy and helped them start to veer off the use of fossil fuels, which contribute to today’s climate change crisis, according to NASA.

“We’re going to be facing some of the worst consequences of climate change if we don’t act now,” Nickerson said.

On a national stance, Goldie is frustrated with the United States’ withdrawal from the Paris Climate Agreement in 2016.

“The thing that sucks about humans is that we’re often reactive and not proactive,” Goldie said. “So in the end, until some crazy huge natural disaster comes that is going to be like, ‘Oh wow, climate change is really happening,’ nothing’s really going to change too drastically.”

If people enjoy nature, then they may be more likely to aid in its protection instead of harming it, said Emily Stephens, a junior and founder of the sustainability major.

“If going on a hike or learning how to surf and being in the ocean is a way for a human to connect with nature, I feel like they’ll be less likely to then go pollute the ocean in which they enjoy their time,” Stephens said.

Advocates in the environmental movement should recognize their privilege to give a voice to the voiceless — those who do not have the platform to speak up, McCalleb said. She referenced the water crisis in Flint, Michigan. The city still does not have clean drinking water, NPR reported, forcing its citizens to resort to plastic water bottles, even though drinking from single-use water bottles is not good for the environment.

She compared those who have no choice in their water source to those who have options but choose to utilize an unsustainable route because they do not like the taste of tap water.

“I think that whole dynamic is super interesting and how we sort of choose the nonsustainable route for whatever reasons where there are people who literally don’t have a choice or don’t have other options,” McCalleb said.

McCalleb also advocates for environmental education for those who may not even realize they are being affected, as factories and drilling can lead to negative health in the neighboring communities.

Humans must first analyze their relationships with the environment they inhibit.

The one-sidedness of environmentalism

One of Doran’s gripes with the environmentalism movement is drawing attention to one issue while not bringing any recognition to others, he said.

“We’ve got to try to talk about all of these things at the same time and not just pick one or two,” Doran said.

As a professor of sustainability, Doran emphasized the meaning of living in the Santa Monica Mountains, a zone that experiences evolutionary fires but has seen an increase in fires due to arson and climate change, according to the Los Angeles Times. He also believes Pepperdine is “way behind the curve when it comes to climate change education,” as there are no climate-change related classes required of students.

“If I could snap my fingers sort of Avenger style, [I would] make sure that every student that graduated had an understanding of what climate change is and how she or he is participating in it either making it worse or making it better,” Doran said. “It’s not just education but connecting education to … long-term behavior change.”

While learning and teaching, Doran often encounters false statements and beliefs that could be severely damaging if not corrected. He said the United States can have both economic growth and environmental protection, but it is often portrayed as a one-or-the-other decision.

“That’s just a poor choice and it’s never been the case,” Doran said.

Doran drew on the state of California, which Forbes lists as the fifth-largest economy in the world and which the nonpartisan World Affairs indicates can lead the world in environmental protection measures, to show it is possible to have both working together.

Doran said the Trump Administration’s claim in 2019 that the air and water was cleaner since Trump had taken office in 2017 is “absolutely false.” According to factcheck.org, the Environmental Performance Index reported a 1.9% increase in energy-related CO2 emissions from 2016 to 2018. While the country ranks first — along with nine other nations — in drinking water, the president’s statement predates his administration, as the EPI data was collected in 2016 but published in 2018.

Christians make up the majority of the population in the nation and university, according to data from Pew Research Center and the Pepperdine website. Because of this, those in the Pepperdine community may use education alongside religion to interpret their role in nature.

Doran believes in educating not only students, but Christians and churches in an effort to work on aligning their beliefs with God and preserving the planet.

Doran said Christian behavior in the environment does not reflect their values, as the planet is heading toward a human-led great extinction.

By using an exalting appreciation, Sandlin sees the Earth as God’s creation to admire, to enjoy and to find sovereignty.

“When we commune together, it makes it so much more meaningful and allows us to grow as individuals,” Sandlin said. “As a Christian, I think our environment is salient to who we are, and who we strive to be as an individual and who we need to be as a community so that we can serve others.”

The Reality of College Roommates 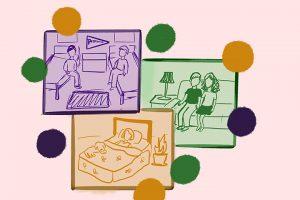 The Reality of College Roommates

Art by Ally Armstrong When human beings with different traits and qualities come together under one roof, contrasting...
Copyright 2013 Jupiter Premium Magazine Theme
Back to top