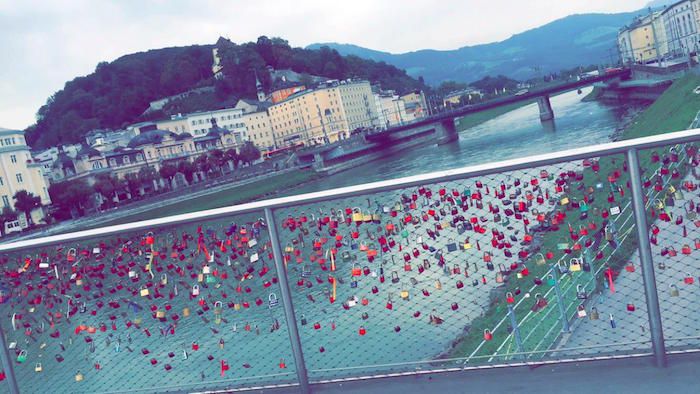 Eye contact. It is a simple way to acknowledge the humanity of another person. But, on that morning, I caught the eye of a man outside my car so unexpectedly that I was suddenly thrown into a painful realization: those numbers of refugees on the news were just as human as me. Not only did they have eyes, but they had hearts, minds, families and took breaths. It’s one thing to watch suffering through a screen and believe it should stop. It’s another thing entirely to turn a little to the right and see pain in another’s eyes while getting across the border without hassle because you happened to be born into a white, American family.

Prior to this encounter, I had just moved to Heidelberg, Germany. I’d had my first schnitzel and was celebrating this culture in which I had just been allowed to live. My friends and I would walk through Old Town, exploring deep into the night and dreaming of trips we could take around Europe. How beautiful a thing to be able to see the whole world. We felt like the boundaries we’d known had just been torn away. We were right.

It was the first weekend we were cleared for travel, and my group and I arranged a visit to Salzburg, Austria. After a wonderful weekend of carnivals and biking through the countryside, we had to return home.

Unfortunately, it looked like the trains in Salzburg weren’t running back into Germany because of the refugee crisis. We’d talked about the refugee crisis in the weeks prior. We’d even heard it through hushed tones as Germans considered their role. To them, it was a point of contention. How much aid should they provide? Should aid be provided? Could they really let that many people into their borders? Over and over the refugee crisis was explained and opinions were shared.

Essentially, in the past year, a civil war in Syria has forced millions to flee their homes in fear for their lives. They have walked through several countries up to Europe, where they can apply to have asylum in one of many countries. Germany is taking in 1,000,000 refugees, but they have to pass through customs and prove their Syrian citizenship first. Needless to say, this is a long process that has left many homeless at the border of Germany, sleeping in the cold on the ground.

We called a taxi to take us through the border, and about twenty minutes later, we entered a neighborhood with an extremely dense population of the refugees sleeping on the ground, freezing. I felt pangs of guilt as we passed men, women and children.

As we reached the border control station, I pulled out my passport and looked to my right. A man sitting on the ground with two children looked up at me. His breath left smoke in the air, his clothes weren’t nearly warm enough, and he had his two kids tucked tightly beneath his arms. But, all I saw were his eyes. They were brown and soft and, well, real. No longer was it a picture or a video. All the talk I’d heard suddenly meant something different.

We were waved on without a check of the passport. It was entirely based on our skin color. I held eye contact with the man as I rode away with no hassle whatsoever. My group was excited. We had made it through so easily!

But, there I was, imagining the man’s eyes. I imagined it must hurt knowing that nothing but his birthplace meant he would have to escape a civil war, walk thousands of miles with his children in tow and sleep five feet away from your sanctuary on the ground while a little group of white tourists just rolled through.

There are times when you realize the immediacy and necessity of action. There is no fairness in this situation. There is no easy solution. But, there are people with good hearts and the ability to take action. Problems are numerous, the need is enormous, and it is our duty as people to see that our partners in life are able to have a chance for stability.

The attitudes of the world must change, especially American attitudes. America, which is far larger than Germany, is accepting as many refugees as the city I live in now. This city is nowhere near as big as any of the major cities in America, but they have found room to try and help out. This is a travesty. Our mindset needs to shift from the thought of suffering on a screen to the realization that there is pain in the eyes of these very real people.

Let’s change minds and promote a unified world where real people are treated with respect and their needs are met. 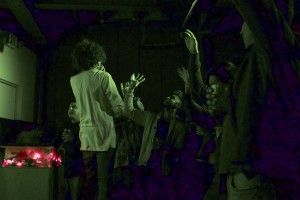