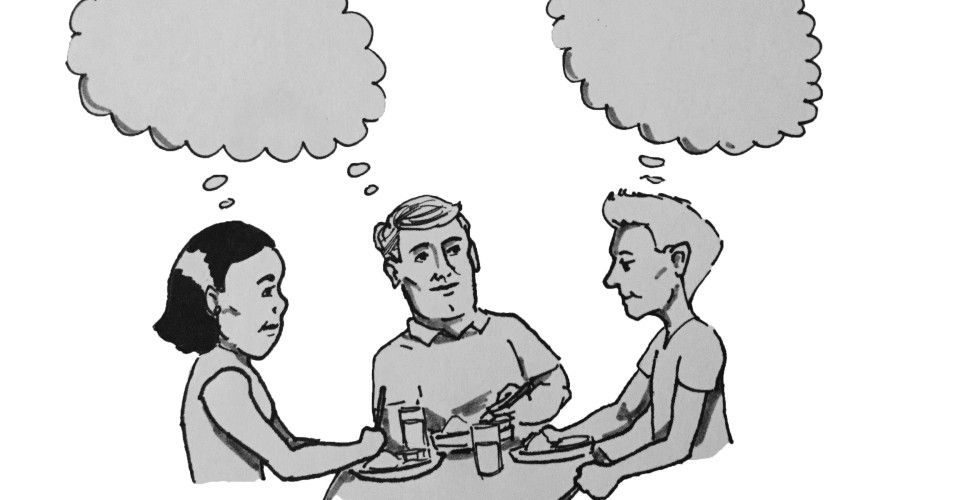 The political climate in 2016 America demands that people fit into one of two extremes. As seen blatantly in this election, respectfully disagreeing with those in the other extreme is not an option nor, apparently, is listening to their point of view.

I’m not condemning American politics from an all-righteous throne of political discourse. I’m writing it because I see these issues in myself all the time. What has helped me discover and get past this, though, is talking to my parents about politics.

When researching these political rifts, I came across two telling articles regarding how to deal with parents or children who have different political beliefs than you. The first, “If You Want a Conservative Child,” by Dennis Prager in 2013, suggested that parents consistently tell their children their values for the proper America. The second, “10 Ways to Deal with your Right-Wing Relatives” by Amanda Marcott in 2014, recommended people to threaten to leave family gatherings if they’re uncomfortable with or offended by the conversation.

The key with both of these articles is that neither one suggests asking other people questions or listening to their opinions. Political labels allow people to assume others’ opinions; actually talking with a person forces one to hear deeply-held beliefs. If you’ve ever thought, “There’s no way the people who raised me thinks this way,” they probably don’t.

Knowing the values your parents raised you with allows you to get past politically-charged terminology and ask the right questions to get to the core of their political views. Also, asking questions and truly listening to the answers invites parents to do the same. If children and parents allow themselves to listen and explain respectfully, they might even find that they see eye-to-eye more than they thought.

Political labels have become defining parts of a cultural identity rather than a distinction for like-minded voters. The demographics of the two parties have shifted, Republicans being older and largely White and Democrats being younger and more diverse. It has caused a rift not only in politics but also in culture, as this article, “Democratic and Republican Voters are Further Apart” by David Lauter in the LA Times, points out.

“Republican” and “Democrat” no longer simply defines how you think; it determines who you are. This has created an environment where people have little cultural common ground from which to discuss their political beliefs.

This is the benefit of talking to parents about politics, especially if the child doesn’t typically agree with them; they have common ground. Parents and children are from drastically different generations and may have nearly opposite political beliefs, but they also lived in the same house for 18 years. Knowing your parents’ character helps you see past political jargon (that you are both probably both using) to their real heart and opinions on issues.

There is, of course, the chance that you don’t see eye-to-eye at all. This brings me to my last point, learn how to disagree. “One in three Americans declines to discuss politics except in private; fewer than one in four ever talk with someone with whom they disagree politically … What kind of democracy is that?” Jill Lepore stated in “The State of the Presidential Debate,” recently in The New Yorker.

Having these sometimes tense conversations with your parents teaches you how to disagree and move on. Having strong political beliefs is important; having a strong family is much more so. These conversations with your parents enable you to know what they truly believe and can build your relationship through differences. Most importantly, they show you how to listen to others who have different beliefs and defend your own in a respectful way. 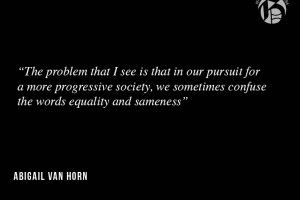 Graphic by Nate BartonNot to say that women have reached complete equality with men, but society has made considerable progress...
Copyright 2013 Jupiter Premium Magazine Theme
Back to top