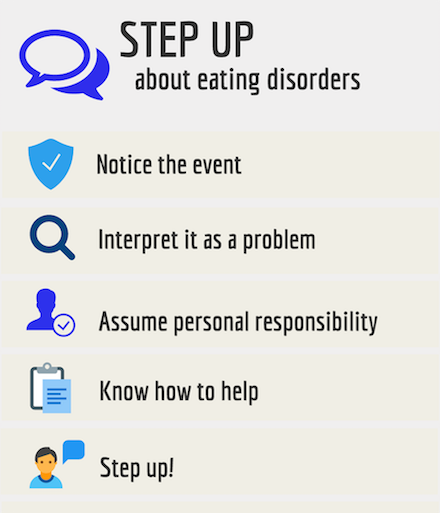 The Convocation, which took place on Nov. 10, began with a presentation by Jeff Williams, a counselor at Pepperdine’s Counseling Center.

Williams introduced the idea that researchers don’t actually believe there is a gene present in people that causes disorders. Rather, they believe there are people who hold certain vulnerabilities, including anxiety, compulsiveness and perfectionism. These vulnerabilities, when paired with the right stimuli, can cause a person to fall prey to an eating disorder, according to Williams.

Williams went on to explain the difference between three types of eating disorders: anorexia nervosa, bulimia and binge eating.

Anorexia nervosa is often associated with characteristics such as intense fears of gaining weight and a distorted perception of body weight. A person suffering from bulimia often experiences extreme overeating, closely followed by purging and periods of fasting. Binge eating is simply a lack of control with eating, and takes the form of thinking about food all the time.

Williams also informed students about signs that a person suffering from an eating disorder might display. These signs include dramatic weight loss in a short amount of time, wearing baggy clothes, withdrawing socially, being hyperaware of their weight, avoiding certain foods with high fat and calorie content, constantly noticing other people’s weight and appearance, exercising extensively, frequent trips to the bathroom immediately after meals, behavioral changes, mood changes, dropping grades and the use of laxatives, diet pills, ipecac syrup, enemas and diabetics.

Health and Wellness Education Coordinator Hannah DeWalt then took the stage to discuss Step UP! Pepperdine, and to inform the room of students on the purpose of the program.

DeWalt explained that Step UP! Pepperdine is a branch of the intervention training program that exists in over 500 different universities. The program trains students how to be “modern-day Good Samaritans,” and helps to prepare students to handle problematic situations with their peers. She listed topics that Step UP! Pepperdine has or is covering, including: alcohol, anger, depression, discrimination, eating disorders, gambling, hazing, relationship abuse and sexual assault.

DeWalt then explained why it’s important for a program like this to exist, which centers around the fact that while students do want to help, they don’t always know if, or how, they should. She explained the concept of the diffusion of responsibility, which she defined as “assuming someone else will take responsibility.”

Conformity, DeWalt said, is “the idea of being a sheep, just going along with the pack, and so this could be a group of us overheard what we think was her vomiting or saw some suspicious behavior, but no one said anything or made a big deal out of it, so it must not be a big deal.”

“Step UP! was put in place to educate students on when to be the ones to take the responsibility of intervention into their own hands,” she said.

“Most problems happen with other people around,” DeWalt said. “It’s important for us that we take that gut feeling that we have and we act on it.”

DeWalt laid out the Step UP! model, which consists of five steps to successfully help someone who is struggling. Those steps are: Notice the event, interpret it as a problem, assume personal responsibility, know how to help and step up.

DeWalt wrote in an email that seeing the eager involvement of Pepperdine students has been extremely rewarding for her.

“The most rewarding aspect of being a part of the Step UP! Pepperdine campaign has been watching students learn it and live it out,” DeWalt wrote. “Pepperdine students have big hearts, and it’s inspiring to see them initiating awareness and prevention events on a variety of topics.”

While the program’s main purpose is to educate people on how to properly handle problematic situations, some students developed their own opinions on the Convocation.

Junior Daniela Catenacci said she was hoping for a more personal story to be presented at the Convo.

“I think eating disorders are an important topic to discuss everywhere, because it affects so many people,” Catenacci said. “It’s something you don’t think about on a regular basis, but there is at least one person around you struggling with it. That being said, I felt like Pepperdine could’ve done a better job at engaging an audience full of men and women today at the Convocation. For example, the person planning it could’ve easily asked someone who has been affected personally to speak in the beginning instead of reading off Bible verses from a PowerPoint slide.”

Junior Ayesha Diatta said she’s excited that Pepperdine is holding Convocations on topics of such importance.

“I found the Convo both interesting and controversial,” Diatta said. “I think it’s nice that Pepperdine is using its Convocations to truly address issues of a college student. I feel like in past Convos, it’s always been geared towards current events or topics, and it’s nice to be able to choose something that’s relevant to a college student. I’m happy with it, and I plan on going to more.”