And That’s on Period. 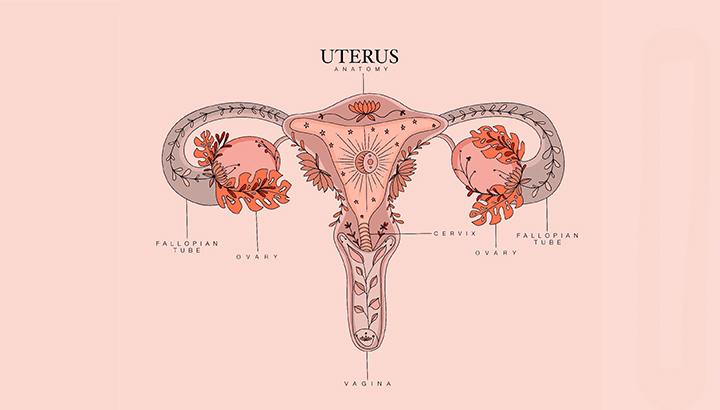 Women do not bleed from the same place they pee, contrary to some misconceptions.

Whether or not period talk comes up at lunch or in class, periods are happening. Women are bleeding — at least 54% of Seaver students, according to official statistics. And yet, there are people uncomfortable talking about it and misconceptions abound.

When junior business administration major Josiah Anderson was asked to describe a period, he resorted to illustrating the grammatical period at the end of a sentence. Junior biology major Chris Jenkins just said “uncomfortable.” Junior religion major Drew Fountain said his dad once asked his sister if she was working in the periodical section.

Cassidy Woodward, a junior integrated marketing communication major, said the women in her family are comfortable talking about periods. She got her first period when she was staying with her grandparents while her parents were out of town.

“My grandma was so excited. It was like the happiest day of her life,” Woodward said. “She calls my dad in California and goes, ‘Phillip, your daughter has become a woman today.’”

She wanted to throw Woodward a party with red velvet cake. She wanted Woodward to start a club for other girls who had their periods. Although Woodward did not have a party or start a club, her grandma did take her to James Avery to get a present to celebrate her ‘womanness.’ They picked out some earrings and headed toward the cash register where a young man was working.

“She looks at him and she’s like, ‘Can you guess what these are for?'” Woodward said. “And he’s like, ‘Birthday?’ And she goes, ‘She started her period.'”

The science behind it

When women hit puberty, the menstrual cycle begins with menarche, around age 13, and continues until menopause, around age 55.

The goal of the follicle, which is a sac in the ovaries, is to create a mature egg. Two weeks into the cycle, the egg gets ejected from the ovary and swept into the fallopian tube. The egg is “viable for one day” and sperm can live in the fallopian tube for three to five days, Storm said.

The uterine lining becomes a fluffy home for the egg during this time. When the lining is built up and the egg is released, the body releases the hormone progesterone, essentially a cheer team for the egg. When the egg is not fertilized, progesterone is cut off.

“This thickened endometrial lining is losing its blood supply, and it dies and then it gets sloughed off,” Storm said. “And that’s what the period is.”

While the sloughing off is happening, the cycle begins to repeat itself. Only one egg will be released from an alternating ovary every month.

When Storm teaches the menstrual cycle, she does an activity with the steps of the cycle on index cards. Her class is divided between women and men and instructed to put the cards in order.

“The guys always do better than the girls,” Storm said. “I honestly think it’s because girls … think they know what’s happening and guys don’t have a clue, so they’re paying closer attention.”

Evan Henderson, senior psychology and philosophy double major, stuck out his hand in a fist when Keanna Byrnes, senior sports medicine major, told him to make a vagina. Byrnes unwrapped a tampon and inserted it into his fist. Byrnes later plopped the tampon into a cup of water from the Caf, making it double in size.

“Are you serious?” Henderson asked with eyes wide and arms in the air. “That’s crazy.”

Henderson used to keep chocolates in his high school locker for his female friends. They were more vocal about their periods than the friends he has in college, speaking candidly to how it took over their lives for a week.

“They could express themselves more,” Henderson said. “Because they had this socially accepted time.”

Senior advertising major Jacob Hall gets uncomfortable when a chain reaction starts with girls bringing up period stories. He has heard his friends use their period as an excuse to miss class and other obligations.

“I don’t think there’s an excuse that a male could use ’cause I feel like periods are used as both a physical and emotional excuse,” Hall said.

Jose Alcazar, senior international studies management and Hispanic studies double major, said the discomfort discussing periods comes from not being able to relate. He believes that feminine products should not just be in women’s bathrooms.

“Feminism should be encompassing everybody … so that’s including queer folks, our trans* friends, or transitioning friends or non-binary friends,” Alcazar said. “You shouldn’t limit the accessibility of feminine products to a certain group.”

“My vagina’s a temple, and I will treat it that way,” freshman theatre production major Harper Tramm said.

Tramm uses a Saalt Cup, a brand of menstrual cups. She said using a cup is about becoming comfortable with herself, and she wants to convert everyone to using a cup.

“It’s better for the environment, and for your health and for your feminine power,” Tramm said. “There’s something about shoving your hand up your vagina that’s empowering.”

Tramm said there is a negative stigma surrounding tampons, which can cause micro-abrasions and contain bleached chemicals; but silicone menstrual cups, which just hold the blood, are positive and happy. Although there’s no science to back her claim, Tramm also said her cramps have disappeared.

Specific brands give a cup to a girl in a developing nation with every purchase. Cups last 10 years, and users boil it before and after their period for sanitation. Tramm takes her cup out in the shower once in the morning and once at night, as the Saalt Cup is able to stay in for 12 hours.

“You don’t have to worry about your period at all,” Tramm said.

Emma Inglehart, senior theatre technology major, once overestimated how long her tampon would last during an Elkins class. She bled through and walked along the wall to get out. Now, she can leave her Diva cup in for 24 hours.

“It was more of just a way to make an anxiety go away and reduce stress about something that I shouldn’t have to be stressed about,” Inglehart said.

Inglehart said there’s a trial-and-error period to finding the right brand and fit. When she tried the Saalt Cup brand that Tramm uses, she found out her cervix was longer and spent an hour trying to get the Saalt Cup out.

Sydney DeMaria, junior theatre and music double major, discovered her menstrual disc through an Instagram ad. She said the disc is less mainstream and has perks most people wouldn’t know about.

“It doesn’t have suction, which I’ve heard can be painful for some people. It alleviates cramps for some people,” DeMaria said. “You can have period sex with it — no mess.”

Discs can be left in for 12 hours, and DeMaria has never gotten to the point where it’s full.

As opposed to the cups, the disc is more of a bowl that folds in half, and thus, it’s messier. DeMaria called it a tiny sombrero.

Period talk has come a long way. Some men still have shivers climb up and down their spine when they hear about it. Some grandmothers would scold women for the way they talk about them now. But if it’s a natural part of life, and a crucial one to creating new life, shouldn’t society be able to talk about it?

Connie Horton: Rising up in a Room Full of Men 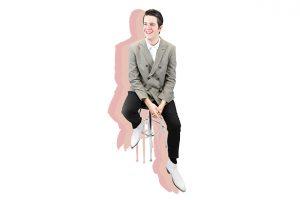